Propeller performance plays an important part in a vessel’s operation. The main causes of propeller deterioration are corrosion, impingement attack, cavitation erosion, and fouling. Corrosion is minimized by constructing propellers of corrosion resistant alloys such as Nikalium and Superston. Impingement attack usually occurs at the leading edge and outer part of the propeller blades. Cavitation erosion is localized damage near the tip and back of the blade. It is dependent on the pressure distribution of the propeller and the wake flow and with modern design techniques, it can be minimized.

Fouling is when marine growth such as algae, tubeworms, and barnacles settle on a submerged surface.  Fouling of propellers can cause significant loss of power or speed. Despite this, some ship operators only clean propellers at routine maintenance drydockings. Others carry out regular in-water cleaning and polishing at approximate 6 to 9 month intervals using divers, since they see a noticeable performance improvement after each cleaning. 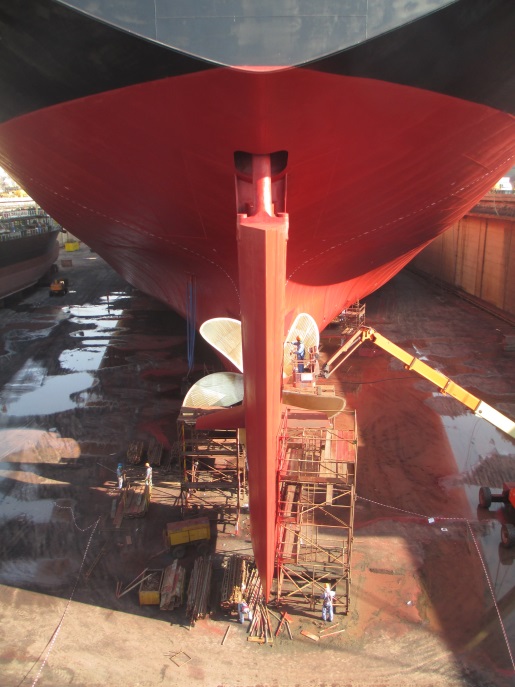 The use of biocidal antifouling coatings on propellers has been found to not be successful since the biocidal coatings leach the biocides too quickly under the high shear conditions. By contrast, Foul Release coatings work best under high shear conditions, with the first successful trial on a propeller being reported in 1993. Since then, Intersleek® products have been applied to the propellers of hundreds of large ships, including bulkers, container ships, and naval vessels.

Newcastle University carried out studies in 2005 to examine the effect on ship performance of coating a propeller with Intersleek®. Speed trials using the University  research vessel named Bernicia showed that coating the propeller with Intersleek® did not in itself give any performance enhancement compared to the uncoated clean and smooth condition (Rubert Scale ‘A’). However, the trial did show that the propeller was kept totally free of all macro-fouling throughout the year, where previously it had become extensively covered in tubeworms and barnacles. 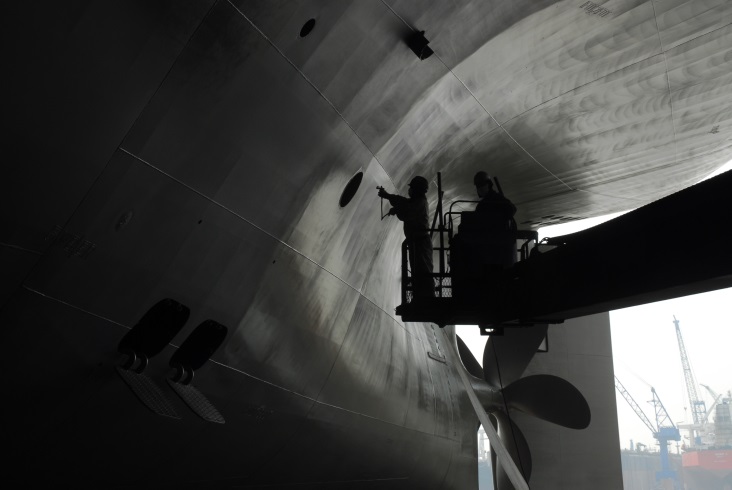 The ability to prevent fouling on propellers has been substantiated from our experience on the Deep Sea ship applications carried out. Typically, around the edges of the blades where cavitation occurs, the complete coating system is removed down to the underlying bronze surface. This effect is generally worst on the suction (forward) side but fouling cannot grow in the extreme operating conditions in these areas. On the remainder of the propeller where the coating system is not removed, the Intersleek® remains fully intact and without any fouling. Thus the propulsive efficiency of the propeller is maintained and there is no requirement for in-water cleaning throughout the in-service period.

Foul Release coatings on the underwater hulls and propellers of ships are a revolutionary way to improve efficiency. Intersleek® provides improved environmental profile, since it does not use biocides, and it has also been proven to provide better fouling control than SPC antifoulings.

This results in increased fuel efficiency and reduced maintenance costs. Foul Release coatings are also very long lasting, reduced requirements for underwater cleaning, and do not need to be continually repainted at every drydocking. The Foul Release coatings also reduce cavitation-induced noise in some situations.