In August 2017, the IMO  announced a new global project, the GloFouling Partnership, to encourage the uptake of the IMO Guidelines for the control and management of ships’ biofouling [resolution MEPC.207(62)] issued in 2011. In addition, this week , the Pollution Prevention and Response sub-committee of IMO (IMO-PPR) will discuss a proposal from the EU member states to restrict or ban the organic biocide ‘Cybutryne’, used in some antifouling paints.

These are both developments that AkzoNobel welcomes. We’re fundamentally aware of the impact that biofouling can have on the delicate ecosystems that are not only an important part of our natural heritage, but are vital to the continued sustainability of global fishing stocks. We are also aware of the need to provide effective but safe products to our customers which do not harm the environment.    At the same time the effect that biofouling has on vessel performance and efficiency, in conjunction with the additional carbon emissions that it causes, means that it’s a challenge which must be tackled. 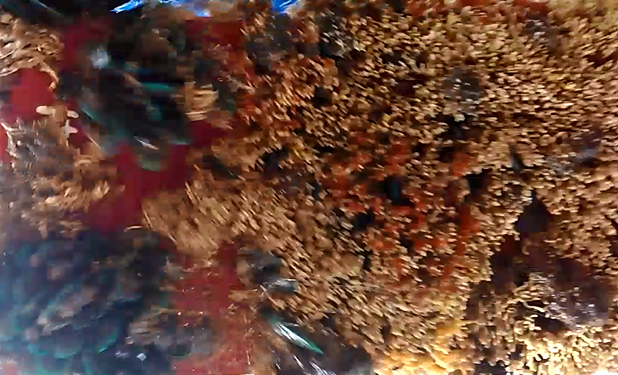 The GloFouling Partnership is evidence of a generic growing awareness of biofouling. As we’ve seen in the past with the implementation of the MARPOL Annex VI global sulphur cap, and the recent debates around greenhouse gas emissions within the Marine Environmental Protection Committee, there is now a real demand for the shipping industry to improve its sustainability.  AkzoNobel unequivocally supports this, and it is a core tenet of our business strategy and vision.

Because of this, we were involved in the development of the IMO guidelines from the outset, participating actively in working groups convened by the organisation through the International Paint and Printing Ink Council (IPPIC).

These guidelines are not mandatory – but they do outline what best practice looks like for owners and operators wishing to stay ahead of the curve.

This looks like the smart choice, as many countries and regions are beginning to move ahead of the IMO and introduce their own biofouling regulations. For example, from May 2018, New Zealand will require all vessels that arrive in its waters to have ‘clean hulls’, with varying levels of fouling acceptable depending on the vessel’s itinerary. This region has also seen the world's first biofouling “casualty” as the bulk carrier DL Marigold was turned away having been deemed an invasive species risk.

The California biofouling management requirements include:

Through the American Coatings Association, AkzoNobel was actively and successfully involved in lobbying for California to adopt   guidelines closely aligned to the IMO approach, as their original proposal was very different and would have been significantly more burdensome on ship owners and operators. 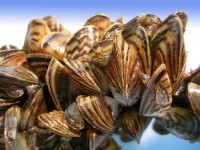 The effects of invasive species in marine environments are seen as one of the four greatest threats to aquatic ecosystems and are almost always irreversible. In native environments there are natural 'controls' of populations such as predators which keep species in check thus helping maintain the delicate balance of nature. However, Invasive species can thrive if their new habitat lacks natural predators to control their population. They do damage by consuming native species, competing with them for food or space, or introducing disease.

One infamous example of an invasive species is the zebra mussel (image above by USFWS Photo), accidentally introduced by a ship into the North American Great Lakes from the Black Sea in 1988. The mussel multiplied uncontrollably, starving out many of the Great Lakes' native mussel populations and interfering with man-made structures from factory intake pipes to ship rudders. They've now spread from Canada to Mexico and are considered a major nuisance species and millions of dollars are spent annually to control their numbers.

Invasive species can be transported in the ballast water of ships or in marine growth present on areas of vessels which are immersed in water, such as biofouling on ships' hulls and on niche areas such as bow thrusters, sea chests, anchor chains and inside internal cooling systems. 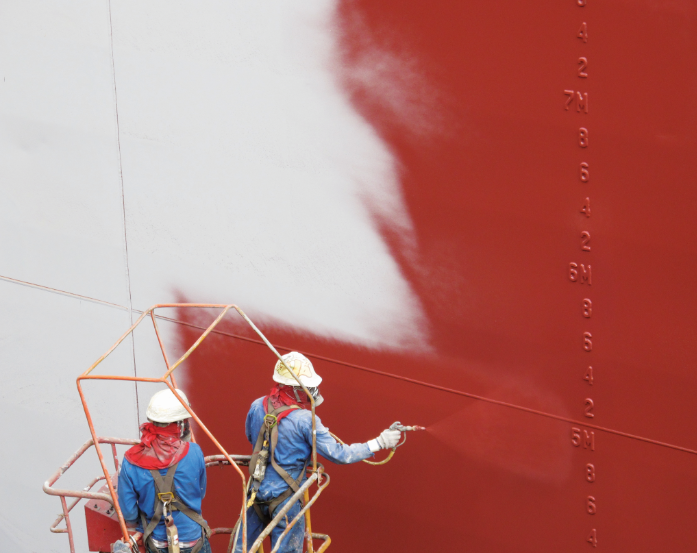 For those using them, the IMO’s biofouling guidelines go a long way towards allowing access to ports with stringent fouling regulations. Not only do they provide best practice advice on how to keep a clean hull, they also include the keeping of record books, which will help port authorities and other parties easily determine if a vessel is a fouling risk. The guidelines advocate owners and operators to establish a Biofouling Management Plan and Record book. These documents record the selection of the fouling control coating and methods of installation. Maintenance plans, in-water inspections and in-service cleaning records are also documented. There is also consideration at design and construction stage for new vessels to minimise biofouling, particularly in ‘niche’ areas.

At the same time, these recommendations – particularly as they are voluntary – are only part of the picture. Effectively managing biofouling is critical, but it is also a highly complex issue. Different vessels, with different operating profiles, in different locations will each face different fouling challenges. There are coatings out there for each eventuality – the International® marine coatings product range from AkzoNobel includes solutions for any vessel, from biocide-free, Intersleek foul release coatings that control slime, to Intercept 8500 LPP, aimed at helping vessels in locations with high fouling risk. 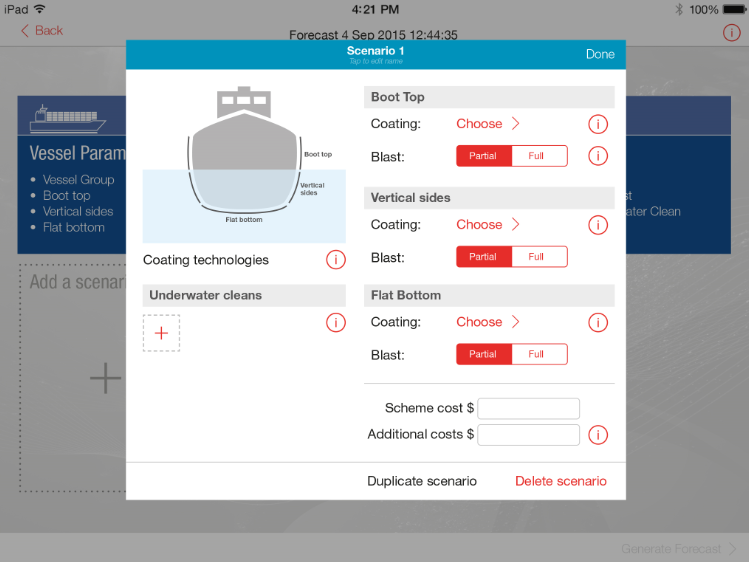 However, knowing which coating to use, and when, involves a significant array of variables. This is why we have created consultancy Big Data tool Intertrac Vision. It uses advanced analytics and datasets incorporating billions of data points to accurately predict hull performance, depending on factors such as operational profile, fouling risk, and vessel type. This gives owners and operators insight into lifecycle cost, emissions and potential fuel savings, and tangible proof of return on investment from the comparison of different coatings choices. This is part of our wider ‘Digital Voyage’ strategy of using the latest digital technology to put as much of our knowledge and expertise as possible into the hands of industry stakeholders. In addition to Intertrac Vision, our original Intertrac vessel tracking tool, an industry first, can be used by owners and operators to have fact-based discussions with port authorities about the fouling challenge their vessel has encountered and also indicate any static periods, including location, the vessel has undergone.

We have also developed templates of the Biofouling Management Plan and Record Book to help owners and operators comply with these guidelines:

It’s important to keep the big picture in mind – that the long-term health of our oceans depends on taking biofouling seriously. AkzoNobel continues to support and be active in the IMO’s renewed focus on this vital problem, whilst also developing both the coatings and digital solutions the industry needs to keep our oceans vibrant and safe.